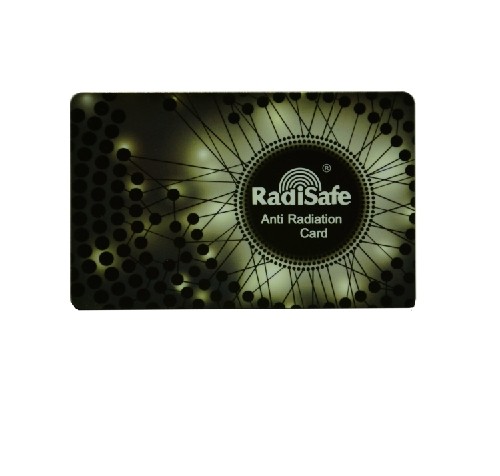 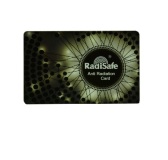 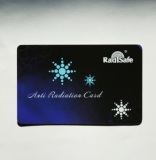 SKU:
$24.50
15 24.5 $15.00
$15.00
On Sale
Unavailable
per item
The Radisafe Electromagnetic Radiation Card is made of the latest nano absorb material. The work performance is similar to U.S. stealth aircraft coating. It is essentially different from the metal shielding products currently on the market. It is a truly absorbing decontamination of hightech products. 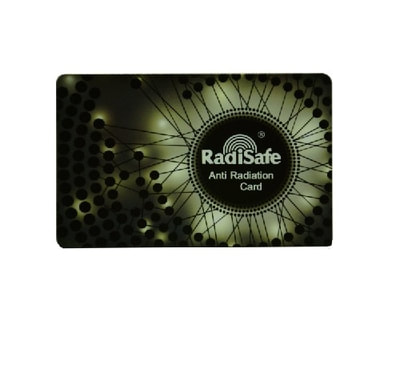 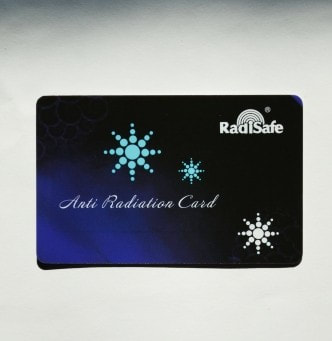 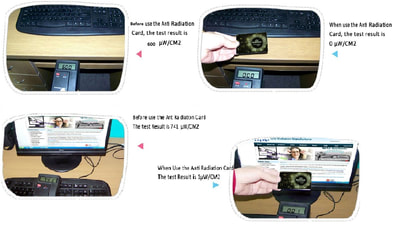 Anion (Negative ion) is an active invisible particle with a negative electrical charge, and its activity (bio energy) becomes the
driving force to bring back our lives and our health as it wanders freely in the air.  Electron is an ion with a negative electrical
charge. By colliding with oxygen molecules, it turns the oxygen molecules into an ion with a negative electric charge; this is
called oxygen anion or just anion.We feel refreshed strolling in forests, around falls or beaches with big waves, and the
reason are derived from anions. In the stable atmospheric state, the ratio of anions and positive ions are about 1:2. In general, positive ions are distributed in polluted areas and anions are distributed in clean nature.

Restoration of Body Cells
Our body consists of about 6 trillion cells, and if our body has blood with a great number of anions (alkali attributes), the movement of cells is active and anions help supply nutrition within our cells and discharge waste materials.With these
actions, sick cells and dead cells are restored, and calcium increases, and the increased calcium makes the movement of
muscles more active, especially cardiac muscles, resulting in a strong heart.

Stronger Body Immune System
Gamma globulin is a kind of protein contained in serum, and is an immunizing antibody. When anions increase within the
human body, the amount of gamma globulin in the blood also increases. Therefore, it helps maintain a healthful body by increasing the resistance power against infection of viruses with an increase of antibodies.

Adjustment Ability of Autonomic Nerves
Autonomic nerves control all the organs automatically, regardless of a person’s will. The quantity of anions controls the autonomous nervous system, such as blood and organs in which the state or feeling of human's body are favorable. Hence, anions vitalize the nervous system, blood and lymph, and play a critical role to strengthen weakened functions and provide vitality.

Wounds and painful areas of the body are marked by a lack of oxygen, off pH & poor circulation. It is believed that magnetic stimulation helps with the normalization of calcium ion flow which control the attraction of calcium ions to help heal broken bones or help to remove calcium build-up from painful arthritic joints.

The acid / alkaline [pH] balance of body fluids can be altered by magnetic fields; magnetic fields also alter enzyme activity & biochemical processes with the lower frequencies relieving pain, inflammation and bruising, using the higher frequencies for the relaxing of blood vessels allowing increased blood flow for a boost to your natural healing abilities.

A negative magnetic field is used to normalize disturbed metabolic functions causing painful conditions like inflammation and cell degeneration. Magnetic fields put directly on top of the head has been proven to have a calming effect.If we breathe in anions, it promotes our cells' metabolism and increases vitality, cleans blood and is effective for stability of nerves, exhaustion recovery, and improvement of appetite. Therefore, an anion is even called the vitamin of the air.