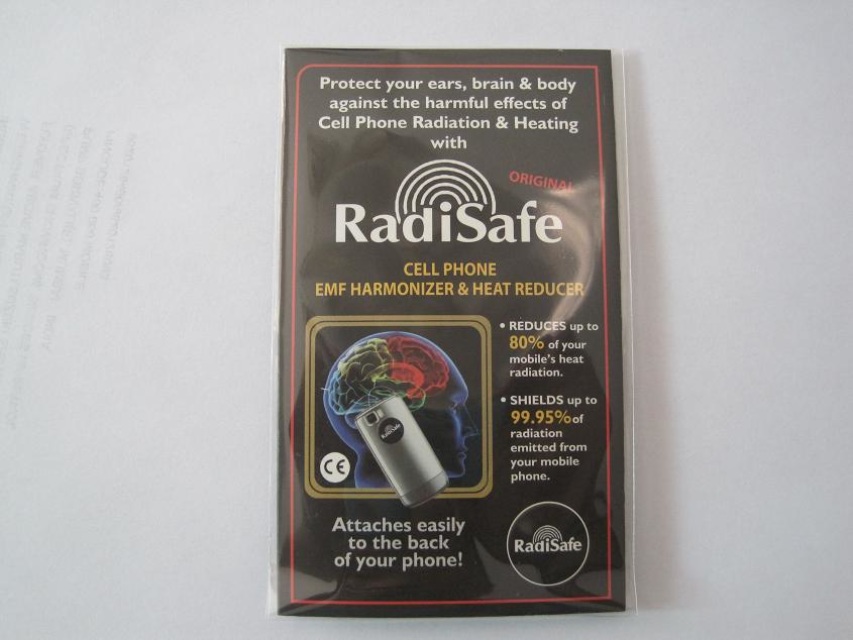 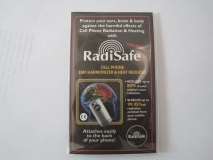 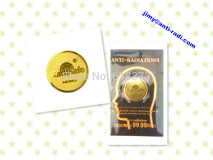 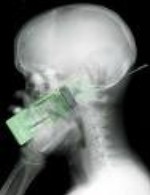 Ray Allard (Essentials of Life) - My wife (June) had been getting jaw pain while using her cell phone. She had to hold the phone further away from her ear to try to alleviate it. After applying the cell phone harmonizer, the jaw pain went away. I would hate to think how her health would have been affected a few years down the road without the protection.  Is Technology Killing Us?

Add to Cart
High Quality Anti Electro Radiation Sticker For All Phones & More...
Composed from the finest materials in Nano-Technology, the Anti-Radiation device is a "must" for all mobile phone users. It can also be used with other devices emitting electro radiations, like walkie-talkies. mobile phones, keyboards, laptops, LCD monitor, digital cameras, MP3 or PC ... Anti-radiation, particularly suitable for those who have always using handphone or computer for long hours. This device can be used on computer and television screen and micrcrowaves as they too emit electro-magnetic frequencies.(EMFs). Can be removed without leaving residue marks.

Directions For Use:
1 Take off the adhesive tape on the back of the patch.
2.Paste the adhesive side of patch on back of mobile phone near the antenna(antenna position is on the top left or top right of M.P.,where the parch can reduce the radiation rate more than 99 percent).
For television and computer screens and microwaves, paste on the side of the screen.

Energy Medicine Sees Human Beings As Networks Of Complex Energy Fields That Interface With The Physical And Cellular Systems Of The Body And Uses Specialized Forms Of Energy To Positively Affect Those Energetic Systems That May Be Out Of Balance.

Life is an energy phenomenon. Everything in the universe and everything about our life involves energy, energy exchange/transformation and energy movements.  Einstein showed us that matter is extremely condensed energy (E=mc²).

Can Emf Harm Us?

For decades, there has been suspicion that EMF from power lines, home wiring, airport and military radar, substations, transformers, computers, cell phones and appliances cause everything from brain tumors, leukemia, and other cancers to birth defects, miscarriages, chronic fatigue, headaches, cataracts, heart problems, stress, nausea, chest pain, forgetfulness, depression, aggressive behavior, sleep disturbance and other health problems. Numerous studies have produced contradictory results, yet some experts are convinced that the threat is real.

The body is electrochemical in nature, and any force that disrupts or changes the electrochemical cellular activities will affect the physiology of the body. Any form of electromagnetic field has the potential of positively or negatively affecting the body.

Studies were done at Max Planck Institute where cell phones were placed around laboratory caged rats for a few hours a day. On follow-up CAT scan 30 days later, it showed bleeding of the blood vessels of the brain. The cell phone is not the only culprit with damaging effects on the cellular level. We are bombarded by EMF from thousands of other gadgets around us everyday. Some scientists estimate that we are now exposed to 100 million times the EMF radiation of our grandparents!

Can We Protect Ourselves Against Harmful Emf/Emr?

It is possible to shield your home and workplace from harmful EMF/EMR by putting proper shield, filters and barriers in your wiring system, but it is less practical to shield yourself from all the other sources of EMF/EMR. All the advice about using the hand phone less will unlikely be heeded, though we can attempt to use text messaging more instead of talking.

Soon the mobile phones will come with features which reduce or totally delete the harmful EMF.  In the meantime, we have to use devices which cancel or block out the harmful EMF. These devices can be placed in the home, office, or attached to the offending gadget, or even worn as a pendant. The easiest way to block out harmful EMF/EMR around you all the time is to wear or carry such a device with you. One such device I use relies on scalar energy, and I wear it as a pendant.