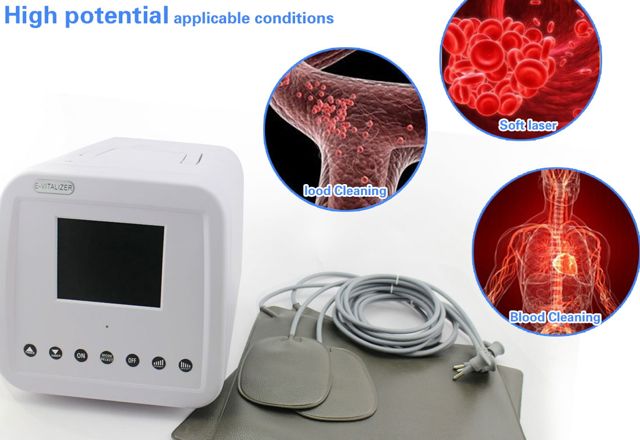 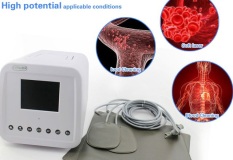 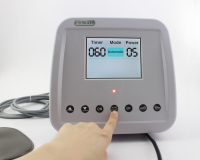 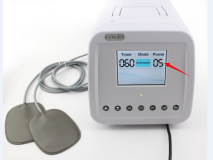 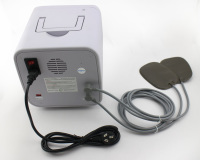 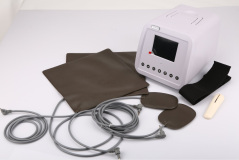 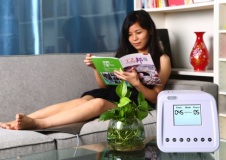 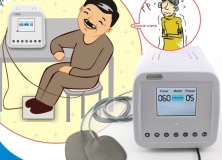 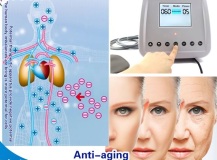 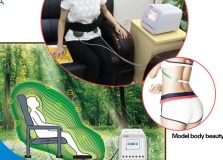 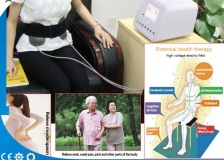 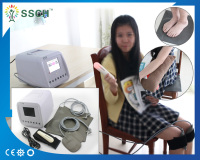 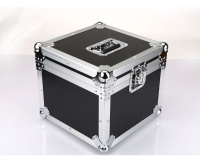 SKU: item #681
$1,349.00
$1,095.00
$1,095.00
On Sale
Unavailable
per item
The E-Vitalizer is a multi-function treatment system integrated with High Potential Therapy, Half Wave Therapy, High Oscillation and Optical Therapy. It not only faithfully plays a role of “family doctor”, but also creates a fresh and comfortable natural environment artificially by means of the up-to-date research achievement of electro-biology and enable us to do exercise while sitting.


Note: This item will be shipped direct by the manufacturer.
Please allow 7-10 business days from your purchase date for delivery.
Due to the Chinese New Year vacation, we will process your order but will not be able to ship this item until after February 18th.
Add to Cart

More than 200 years ago, based on the principle of electric field and biology, through numerous scientific experiments, the American scientist Dr. Ben Franklin had invented the high voltage electric potential therapeutics to cure his gout. Since then, European and Japanese scientists continued to the further research. In 1925, Dr. Yuan, from Nagasaki Medical University in Japan, had developed the high voltage electric potential therapeutics for relieving patients’ symptoms.

Today, based on the researches and theories of Half Wave and High Oscillation, E-Vitalizer was made after many years of development and clinical experience. It was well-designed with four kinds of therapeutic schedule and includes various health benefits, such as adjusting the blood pH environment, heightening the cell vitality, promoting blood circulation, speeding up metabolism, accelerating the eliminating toxins, enhancing your self-repairing capability, relieving pain and relaxing, so as to enable the body to get the treatment fundamentally. It can be applied to the treatment of many common       diseases, such as insomnia, nervous tension, non-persistent constipation, muscle spasms, headaches and so on. Especially, the unique design of local pad can be put on the corresponding points to lose weight. Besides that, E-Vitalizer can be use for health care and speeding the recovery and easily adaptable for many people.
Benefits:
Revive Cell And Rejuvenate Cells Of The Whole Body
Strengthen the cellular membranes’ electric potential, resuscitate the cells’ (-90mV) and help orderly cellular movement, revive internal membranes, help with the faster flow of the    electrodes, faster synthesis of ATP, and orderly movement of the electrodes outside the membrane, enable the cell of the whole body massage effectively..

Remove Free Radicals
A person’s body has free radicals that can destroy the cells and disrupts the normal functions of the organs, thus damaging the cells and causing ailments. It increases the rate of aging. Under the static electric potential field function, the person’s cells are revives. Maintain the bodily fluids in weak alkalinity level, effective in cleansing of free radicals, strengthen immunity, delay aging, improve physical beauty.

Strengthen The Body’s Immune System
Under the static electric potential field, it can increase a person’s body bio-electricity charges, increase blood’s gamma properties, revive the cells immunity, make the body less prone to diseases and stronger against germs and viruses, and improve the strength to fight against diseases.

Easy Operation:
With two principles of treatment, Half Wave and High Oscillation, E-Vitalizer is equipped with four models of treatment.

1 - Automatic Mode
Automatic mode is the combination of Half Wave and High Oscillation modes, and is intelligence-controlled by microcomputer. It automatically switches between two modes every fifteen minutes. One can simultaneously experience the blend effects of both modes, enjoying the comfort as if in Forest Bath from the Half Wave mode, at the same time, feeling the stimulating the body gently to speed up metabolism and relieve the soreness of muscle from the High Oscillation.

2 - Partial Mode
Partial mode is to convert Half Wave Mode into a lower intensity applied on human. It causes minimal tissue reaction of becoming better, so it applies to the users who likes recuperating his body little by little.

3 - High Oscillation Mode
The frequency of High Oscillation treatment is up to several ten-thousands per second. Such vibration evenly spread around the body to produce bio-energy (electricity, heat, etc). Ions in the organ are accelerated the cycle when using the High Oscillation to produce heat, which can promote the vasodilatation, invigorate the circulation of blood and the metabolism of cell. That’s the reason why the body can absorb the nutrients better and eliminate the waste for enhanced the functions of body, anti-aging, eliminating fatigue. The heat energy it produced can have a good effect on fat burning, body sculpting and facial, is equivalent to doing aerobic exercise outdoors.

4 - Half Wave
This mode uses advanced technology to remove the part of positron from the high tension electricity, and retain only the part of negatron to achieve the desired effect. The pH of the healthy blood should be weak alkaline. However, with growing environmental pollution, decreasing negative ion, unhealthy habits of living and eating, and overwrought pace of life, the  pH of blood becomes weak acid. That produces acidity in the body, under sub health conditions, and brings some adverse reactions, like fatigue, nervousness, insomnia, neurasthenia, etc.

Half Wave can improve the potential and the permeability of the cell membrane of the body, which is good for the nutrient and oxygen entering the cell. Half Wave also can help the body recover the weak alkaline, and increase the calcium ion of the serum. In the healthy environment, the vitality of cell is enhanced, the function of human organs and systems can return to normal, so the disease can be cured or relieved. In addition, since the electric resistances within the acupuncture points are relatively lower than other parts of the body, the current smoothly flows along the meridians of the whole body through the acupuncture points.

Chinese traditional medicine practitioners use methods of Acupuncture to stimulate the acupuncture points to trigger the healing effects for specific part of the body. While the Half Wave Mode with high voltage remover blockage of meridians by electric current and further triggers a total and integrated healing effects. Whenever the circulation of any blood and “Qi”within the meridians blocks, its resistance will change. Like a stone may block and slow down water flow in a river, however, when water current force increases, the blocking stone will even be flushed away. So when the electric current enhances the flow of blood and “Qi”, which in return helps to clear the blockage in meridians and recover one’s body. So, many pains occur because of the blockage of the meridians, which is so-called that if you have smooth breath, you won’t ache.

In addition to the electric current produced along the user’s body, upon the operation of Half Wave Mode, the positive air ions around the user will be removed. A large number of air negative ions are still in the room and increase in numbers, and this can bring tremendous health benefits to mankind. The free radicals from atmospheric pollutants, nitrogen oxides, and cigarettes can be restored by negative ions in the air. Not only the healthy hazards can be reduced from excessive free radicals, but also the positive ions in the air can be neutralized, then they deposited, and purify the air. The negative ions can promote the synthesis and store of the nutrients in the body, and strengthen and improve the human physiological actions, so that it’s also called Air
Vitamins. As well as other vitamins in the food, it has a very important impact on the human body. For example, people will feel comfortable after the thunderstorm because the positive ions in the air are increased.

Note: Patients with severe heart disease, hypertension, diabetes are advised to use strictly under the guidance of a healthcare professional, or start your trial from lower power intensity (select the “Power” at lever “3"). In the initial stage of trial, users should keep alert of your own senses.Do not reduce or stop the dosage without prior permission,however, if you may feel ill, reduce the use of time or stop using immediately.